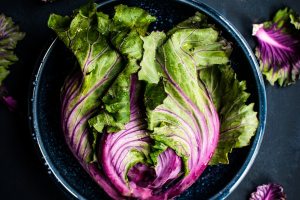 It’s been a few weeks since I have blogged about Faithful Workouts. Life has been a crazy whirlwind of back to work and running kids where they need to be.

Things are still going well. This week I wasn’t as “faithful” with my workouts. I had a bad cold so I slept in one morning and today I overslept a bit so I had to cut my workout short.  But eating is going well.

The key, I have found, is planning ahead. For example, if I know I am going to be somewhere during a time I will get hungry I pack something healthy to eat. Tuesday my daughter had a volleyball game almost an hour away. This ran right into dinner. I toyed with the idea of stopping at McDonald’s but ended up packing some pecans to eat on the way home so I could then eat supper later. Thinking ahead has saved me a lot of cheating. However, I totally did get McDonald’s a couple of weeks ago after a different volleyball game. But I believe as long as this isn’t a regular occurrence it is totally fine.

What do I think of Faithful Workouts still?

I like it. But I have found a lot of repeats of the menu and my family would not be okay with that. I was disappointed in the September menu as it was pretty much the same at the July and there are many repeated meals in the same month. I like variety. Thankfully, I have learned the “rules” to better eating and have been finding my own recipes on Pinterest and started some boards so I can plan out my menus using that as well.

Overall, the plan is working for me.  I am still losing weight but I bit more slowly. I won’t know about my cholesterol for a year but I have to think that is getting better as well.

Hope you all have a great weekend.