Today we continue with Heather’s Genesis 5020. This is where her “lower” story intersects with God’s “upper” story. 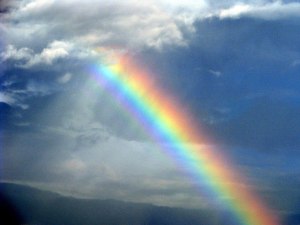 After he left, I felt better, like I could handle my life again.

I felt so hopeless and helpless while he was slapping me around but when he was gone, hope began to come back.

That feeling only lasted about 24 hours because he came back the next night.  I let him in for fear of what he would do if I didn’t.  He had some of his friends with him but they soon left, leaving him at my place with no car, no way to leave.

I knew he was there to stay.

It didn’t take but a few minutes for me to make him mad, he asked me a question and I gave him an honest answer that he didn’t like so hit me right on my nose causing it to bleed badly.  I tried to get up from the bed to get a wash cloth to catch the blood but he refused to let me out of the bedroom, I was trapped yet again.

He gave me a sock to hold on my nose until the bleeding stopped.

I felt helpless and too weak to fight back.

This time I didn’t demand that he leave, I just accepted my circumstances and allowed him to stay.  He apologized, said he wouldn’t do it again, all the things abusive men say after they explode.  I didn’t believe him but I accepted his words.  He laid down with me and held me in his arms while I just cried.

Things were somewhat okay for the next couple of weeks, no episodes of physical abuse.  We had a few arguments but nothing physical.  I was miserable and so was my daughter.  She asked me why I didn’t just kick John out.  I told her it wasn’t  that easy but I’d figure something out soon.

I continued to work at the strip club occasionally but made most of my money from my regular customers and also by selling drugs to a few people I knew.  I continued to look for a real job, even had a few more interviews but still found nothing.  John looked online for a job but that’s as much as he would do.  He would occasionally try to find a customer for me but that usually didn’t work out so well.

I had lost track of my period and wasn’t sure when it was supposed to start but I had a feeling it was late.  So two days before Thanksgiving 2009, I took a pregnancy test.

I knew it was John’s baby because he was the only one I had not been careful with and he seemed especially careless at times.

I knew I would keep this baby because first, there was no way John would let me terminate my pregnancy and second, I had been wanting to clean up my life and knew that it would take something big, like a baby, for me to make those changes.

The difference in my previous pregnancies and this one was that I was ready to change this time, whereas before I was still enjoying living in my darkness.

The day I found out I was pregnant I stopped using drugs and alcohol.  It’s amazing how clear your mind becomes when you stop putting chemicals in your body to alter your perception.

The day after Thanksgiving John started revving up for another abusive episode.  He started making threats but didn’t carrying them out yet.  I honestly believe that he was coming down from the drugs and was too tired to abuse me.

My daughter heard him threatening me and called me to her room to show me something.  She really didn’t have anything to show me but was trying to keep me safe.  That night I slept in my daughter’s room and I stayed safe.

The next day the threats continued and I’d had enough. I knew if I planned on keeping my baby safe from miscarriage, I had to get away from John.

I quickly planned my great escape.

I called both of my best friends but neither one answered the phone. (I later found out that was God’s plan)  I got a hold of another friend of mine and arranged for him to pick up my daughter and me. (I didn’t have a car anymore.)

John had asked me to get some drugs for him so when my friend called to let me know he was outside waiting for me, John thought it was the drug dealer.

I grabbed my purse and closed the bedroom door so John wouldn’t see that my daughter was going out the front door with me.  We quickly got into the car and left my apartment.

My friend asked where he was going to take us.  I had no idea.  Since my friends hadn’t answered their phones earlier, I could only think of one more person to call, my uncle.

I had an uncle that lived in Vegas but hadn’t talked to him since I stopped talking to my parents.  He was my only hope.

He answered the phone and said of course, we could come over and spend the night.

Be strong and let your heart take courage, all you who wait for and hope for and expect the Lord! Psalm 31:24 AMP

I love reading this part….how God worked it all out, Heather’s escape, her turning from sin and running back to Him.

This is her “whatever it takes”.

God has been pressing in on me and reminding me that He is all I need to put my hope in. What are you hoping for in 2013? What do you anticipate God doing in your life this year?

Today , and for the next few weeks, we have a very special guest, my sister, Heather Spiegel. I don’t even know what to say about her. She is amazing. When you hear her story and what God has done and continues to do, I am sure you will be speechless.

Sit back and read Heather’s Genesis 5020 and see how God never let her go, even when she let go of Him. 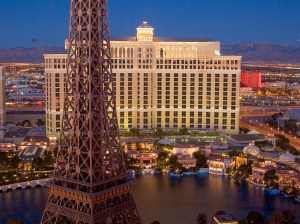 When I was 25 years old and my daughter was 6 years old, we moved across the country to Las Vegas, NV.

I had made all the appropriate arrangements, I had a good job lined up, had a nice apartment in a good neighborhood, I had even found a day care at a church for my daughter to attend during the summer before school started.

I honestly believed God wanted me to move there.  I had prayed about it and even asked Him to stop me from moving if I wasn’t supposed to move.

God didn’t stop me, as a matter of fact, my plans couldn’t have gone better.

Shortly after getting settled into my new home, I made friends with some of my neighbors.

One of them was a married man who had 3 beautiful children.  His wife worked and he stayed home with the kids.

It didn’t take long for us to become more than friends.

We soon had a physical affair.

It wasn’t long after our affair started that I found out I was pregnant.

I didn’t know what to do but I knew I didn’t want to terminate the pregnancy.  So I decided I would keep the baby and this man and I would be together.

He was ready and willing to leave his wife and move in with me.  He had started moving his things into my apartment but I soon realized I liked my own space and didn’t want him living with me.  I told him to take his things and go back home to his wife.

At my 6 week doctor’s appointment, my doctor did an ultrasound to determine how far along I was.  While he was doing the ultrasound, he asked me some questions that led me to believe something wasn’t right.

I asked him what was wrong and told him I wouldn’t be upset because I really didn’t want to be pregnant in the first place.

He told me I was miscarrying and needed a d&c.  I said okay and left his office.

As I was driving back to work, I started to cry, I had lost my baby.

I quickly recovered from my loss by turning to alcohol and men.

I had made friends with another neighbor of mine.  She had just moved to Vegas from Chicago.  We had a lot in common and got along very well.  She and I would go out and hit the night clubs 5-6 nights a week.

We would drink heavily and meet men at the clubs who we would either take home with us that night or meet up with later on in the week.  We met so many men that we lost track of them.

We thought we were having the time of our lives.

One night, as we were leaving a club, we were both drunk, she started yelling at me and then started hitting me and pulling my hair.  I had no idea where this behavior was coming from.

I did my best to fight back but I had never been in a fight before so I really didn’t know what I was doing.  The bouncers who worked at the club came and split us up.  I drove home and she had to take a cab.

I picked my daughter up from the sitters then went home to get ready for bed.

Shortly after we got home, my friend came to my apartment.  I thought she wanted to talk about whatever she was upset about but she had other plans.  She grabbed my hair and punched me in the face over and over.

My daughter witnessed the whole thing.

I told my daughter to call 911 and she did.  Before the police arrived, my friend had left.  I filed a police report and got a temporary protection order against her.

She left me alone after that.

I declare to you this day that you will certainly be destroyed. You will not live long in the land you are crossing the Jordan to enter and possess.This day I call heaven and earth as witnesses against you that I have set before you life and death, blessings and curses. Now choose life, so that you and your children may live and that you may love the Lord your God, listen to his voice, and hold fast to him. For the Lord is your life, and he will give you many years in the land he swore to give to your fathers. Deuteronomy 30:18-20 NIV

Have you ever prayed about something and thought God made it happen but in hindsight see how maybe the enemy had a hand in it instead? Care to share your experience with us?