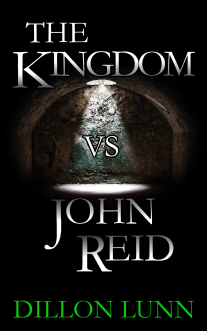 For centuries, the Bible has influenced lawmakers, but what if the Bible was the law?

John Reid thinks of himself as a good person, a loving husband, and a devoted father. He’s not political or religious, and he resents those who try to force their beliefs on others.

After the people elect a religious zealot as president, the new government enacts sweeping reforms. The resulting kingdom becomes a strict theocracy where even common sins are punishable by death.

Soon, John finds himself on trial for his life. As the relentless royal prosecutor presents his case, all eyes focus on John’s past. The harsh spotlight forces John to face his inner demons and reexamine his idyllic life. John’s only hope for survival is a young public defender with a radically different view of biblical justice.

Will the jury declare his sins irredeemable, or will the same Bible used to condemn him set him free?

What would happen if we lived by the law and not by grace. Would you be found guilty? I would be.

Wonder if before we passed judgment on someone else we could live in their skin and find out what is going on inside of them? Would that give us more sympathy? I have to think so .

You will experience these things in this book.

I will say you have suspense disbelief. I kept asking myself why is John the only one on trail? All the people taking the stand are admitting to sin too and they aren’t on trail, what makes John so special. But you just have to go with it.

I really did enjoy this look at the grace and mercy Jesus offers us, a great reminder of why he went to the cross and that we don’t live under the law anymore.

Grab you copy at Amazon, or your favorite retailer.

A copy of this book was given to me. All opinions are my own.